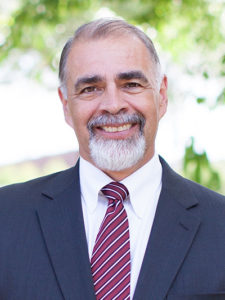 In the early ‘90s our family lived in Kiev while we served as missionaries and I taught at a local college. This was after the fall of the Soviet Union, when Ukraine was still governed by the vestiges of a corrupt communist system. The government still seemed to regulate and control almost everything, including when the heat would go on and off for miles of high rise apartment blocks.  None of the apartments in our building had a thermostat in 1993.

In late October of that year, after the snow flurries had begun, and after ice began to build on the inside of the balcony windows, a nameless, faceless authority decided to turn on the boilers for an entire segment of city blocks, and the radiators started to bang and heat up. There was a catch. Once the heat came on, we had no control over the temperature. Sometimes it would get so hot in the apartments that you would have to open the windows, even when it snowed and was freezing outside. All we could do was live with the temperature that someone else had set. Without a thermostat you are at the mercy of whoever controls the heat.

As believers, we don’t simply have to reflect the temperature of the environment around us. We can intentionally aim to set the tone for discourse about the world around us, and speak with joy of the eternal hope and spiritual life within us. Too many conversations in our culture generate more heat than light. We don’t need to add to that. Instead, we might even influence the cultural climate sometimes- like a thermostat- and work to help regulate the spiritual temperature, rather than simply react to the latest absurdities or troubling controversies of our times. A familiar verse from the Bible sums it all up:

“And do not be conformed to this world, but be transformed by the renewing of your mind, so that you may prove what the will of God is, that which is good and acceptable and perfect.” Romans 12:2

Our whole team at MGCS has aimed this year to act somewhat like a thermostat to regulate our school culture in the midst of a broader- and sometimes toxic- culture filled with unrest and uncertainty. We’re certainly not perfect, but by the grace of God we’ve sought to create an oasis of safety and predictability that encourages exploration, wonder, learning and growth through

On behalf of our team, thank you for partnering with us in our effort to set the correct temperature for the students during 2020-2021 at MGCS.

Why Do We Have An Annual Fund? Three Chickens, A Rabbit, and A Dragon